Frank Lloyd Wright spent much of his childhood near Spring Green, Wisconsin, and lived there off and on from the 1911 construction of Taliesin, his Wisconsin estate, until his death in 1959. Despite Wright’s mixed relationship with the locals, you don’t have to look far to see his influence on local architecture. And I’m not referring to the popular American Foursquare and Ranch style houses ubiquitous in the rural Midwest (both informed by Wright’s ideas). In Spring Green, you will find an eye-catching bank right in the middle of town that is nothing short of Wrightian. It was not, however, designed by Wright! What’s the story? Read on:

The Bank of Spring Green, now a BMO Harris Bank, was designed by William Wesley Peters and completed in 1972. Peters began as an apprentice to Wright in 1932 and served as a project architect and structural engineer for a number of Wright’s most famous buildings, including the Guggenheim (1959), the Johnson Wax buildings (1936-1944), and Fallingwater (1936). Upon Wright’s death in 1959, Peters became the chairman of Taliesin Associated Architects. Peters had several years of his own architecture practice but spent much of his career promoting the work of Frank Lloyd Wright and was chairman of the Frank Lloyd Wright Foundation upon his death in 1991.

The natural materials and patterns of concentric circles used in the Bank of Spring Green reflect Wrightian ideas and remind of buildings like the Marin County Civic Center. An adjacent annex features a drive-through with a curved roof, which unfortunately has become overgrown with vegetation in recent years. But, even the vegetation surrounding the annex cannot hide the intriguing character of these buildings. The curves and warm colored, natural materials are inviting and beckon passersby to step closer, to come right up to the front door. 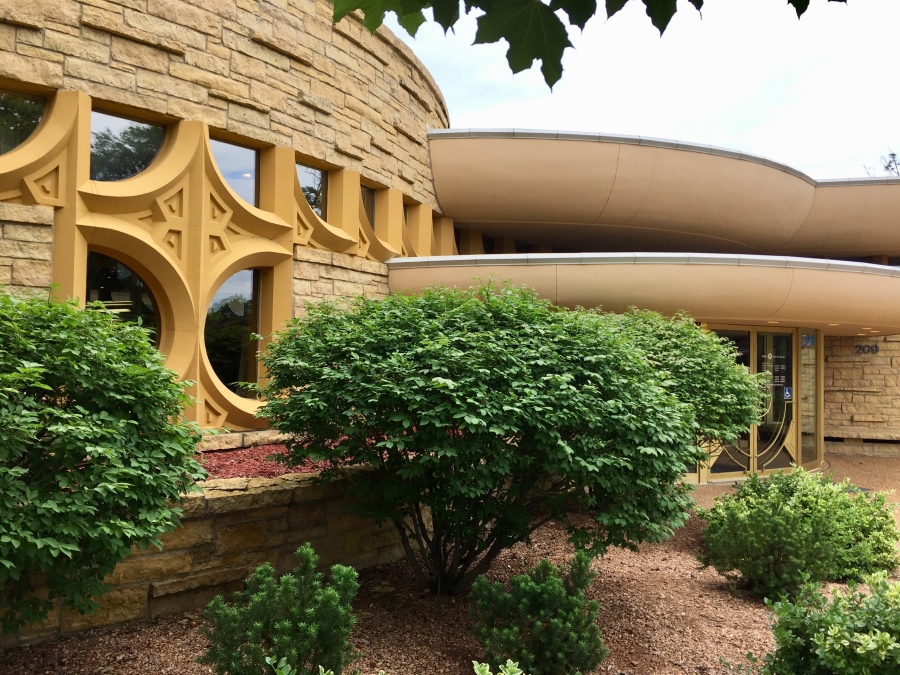 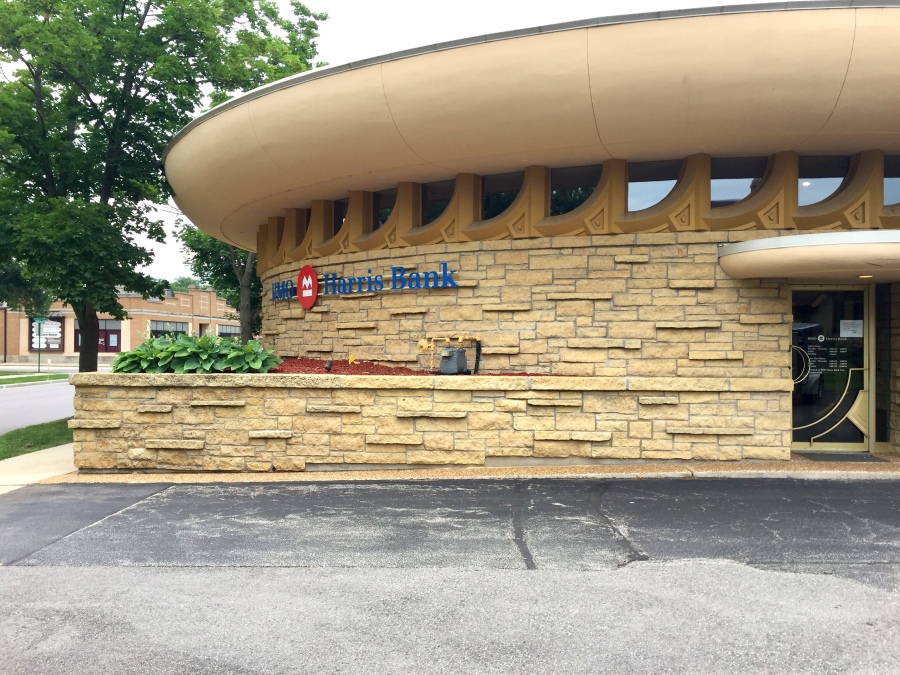 The Bank of Spring Green has made it to a number of architecture and travel sites, including: claass HAUS, Roadside Architecture, and the Lower Wisconsin State Riverway Board.

For more information about Peters, you can read the New York Times obituary and check out the archive of historic photos and documents at the Wright Library.

You can explore more Wisconsin and Frank Lloyd Wright sites by heading over to my Explore page. Know of one I haven’t visited? I’d love to hear about it! Leave a comment or send me a note. 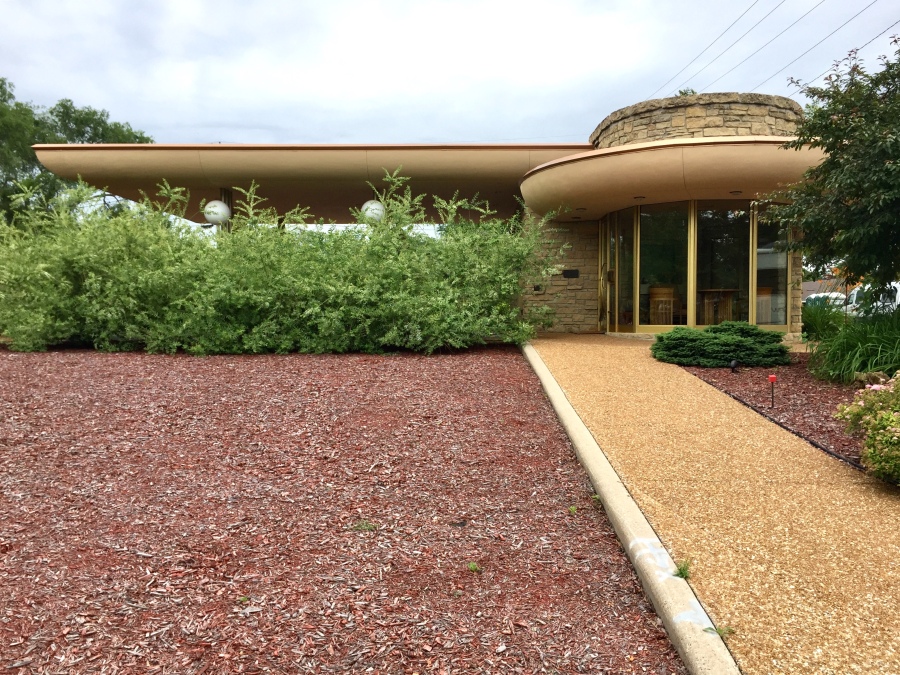