Newport, which sits at the southern end Aquidneck Island in the state of Rhode Island, is perhaps best known as the long-time host of the America’s Cup sailing regatta and for the Gilded Age mansions that cluster on its southern cliffs. Also on those cliffs? Newport’s Cliff Walk. Oceanfront land ownership and access have long been points of contention, no matter which coast you are on, and Newport is no different. But in this case, the Cliff Walk has won: thanks to the efforts of many (including multiple improvements and repairs across more than a century), the Cliff Walk is open to the public and is one of Newport’s best attributes.

Newport’s Cliff Walk boasts not just beautiful ocean views but views of some of Newport’s best and oldest mansions. Not just one, but two, were owned by Vanderbilts. Today, nine of the local historic houses are open to the public. The others? You’ll have to just try to catch a glimpse as you walk the path below. If you make it to the end, you’ll find yourself scrambling over rocks, the same that create the rocky protrusions that characterize the estates of numerous southwest Newport mansions. It’s worth the scramble: it’s at the end that the tourists dwindle and you find yourself on a quiet and breathtakingly beautiful coastline, a few stately historic houses peeking above the native grasses, and a scattering of locals occasionally stepping past with their dogs. Finally, a glimpse of one of Newport’s exclusive beaches and you’re back on the streets of one of Newports oldest and wealthiest neighborhoods. Head to one of the house museums, like the Breakers, to take in a view of the ocean from the other side of the fence, but it’s at the Cliff Walk that you’ll find Newport at its very best.

Check back next week for my other favorite cliff walk! Have you explored a cliff walk before? Where is your favorite? 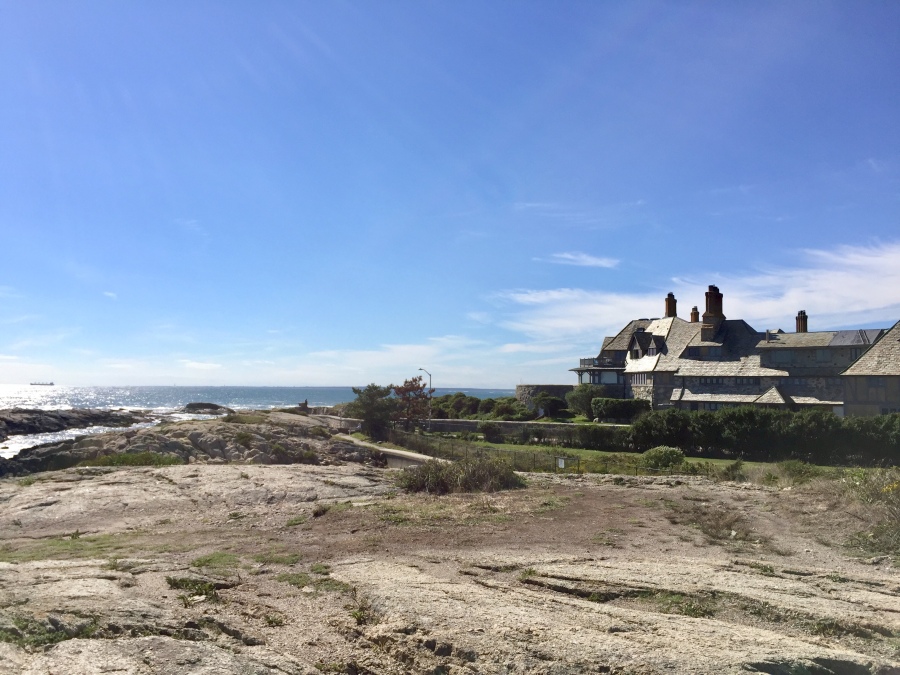 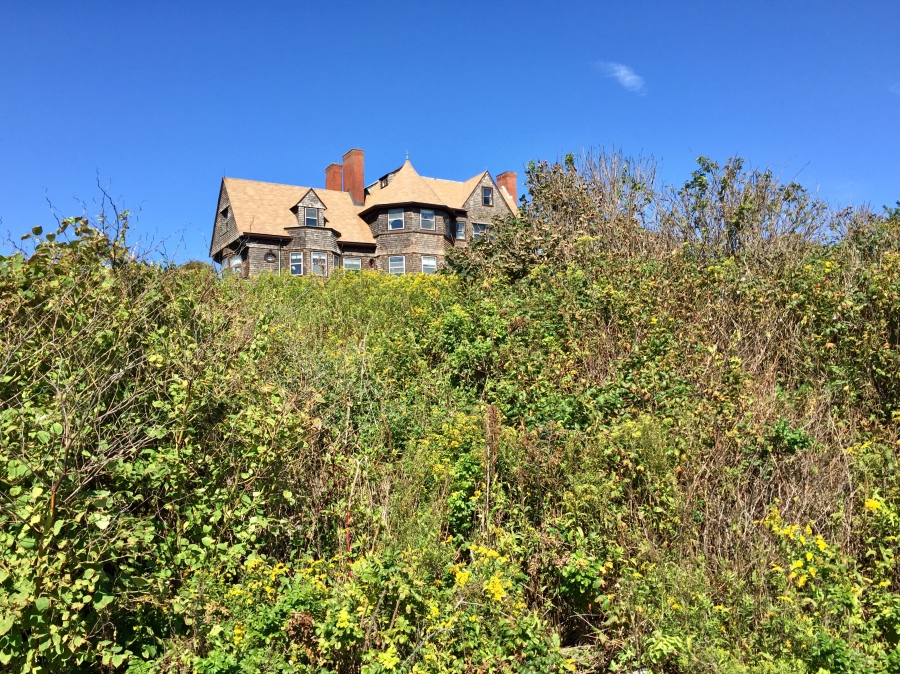 Check out the Preservation Society of Newport for details about all the historic houses open to visitors.

You can find a brief history on Newport’s Cliff Walk here.