When you think of Frank Lloyd Wright, usually the expensive masterpieces come to mind: Fallingwater, the Guggenheim, and the Robie House (I previously wrote about Robie here and here!). Wright was, however, interested throughout his career in designing affordable architecture for all Americans. Intrigued? Look no further than Milwaukee, Wisconsin.

Frank Lloyd Wright collaborated with the Arthur L. Richards factory in Milwaukee to develop a series of standardized houses made from pre-cut elements. These houses were known as the American System-Built Homes. These early prefab houses were available in 1911 and by 1917 the American System-Built Homes were available from a dozen licensed dealers. The smaller houses ran from $2,750 to $3,500. Wright and Richards had big dreams but unfortunately other factors were at play. Namely, World War I. Sales dropped off in 1917 as the United States entered the war and materials were diverted abroad.

Some count this as a failure of Wright’s, but in reality, he may have just been unlucky and a few decades too early: prefabricating housing had existed in a sense for some time but really took off following World War II. Let’s face it, Wright was at least a few decades ahead of his time. Just look at those open floor plans! Nevertheless, Wright never stopped his efforts to provide good design at an affordable price for the masses. He went on to develop the Usonian houses, so named for the “U. S. of A.,” design for all Americans. Wright developed things like his wood-cut windows for the Usonian houses, a more affordable twist on his well-known art glass.

Wright also constantly played with new materials, pushing new technologies to their design capacity and searching for more affordable options. In California, Wright pursued concrete blocks, for which he created unique designs and hoped that given the mold, future homeowners could create their own blocks and cut down on construction cost (this particular idea was better in theory than practice).

Wright’s ideas–affordable and less affordable–span the coasts. But in Milwaukee, Wisconsin, a row of the American System-Built Homes still stand, a piece in the story of the development of prefab and affordable houses. 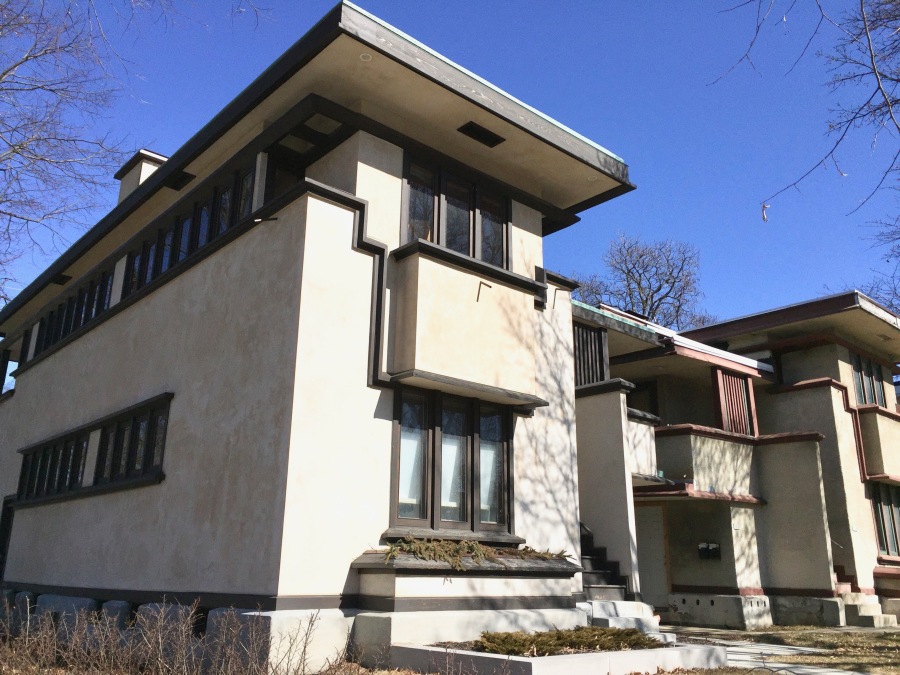 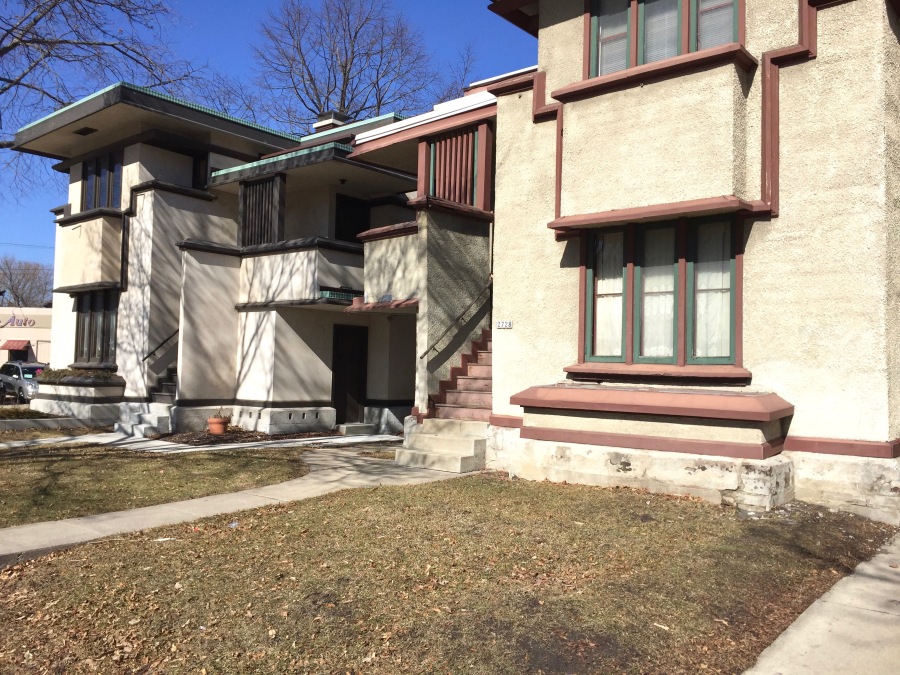 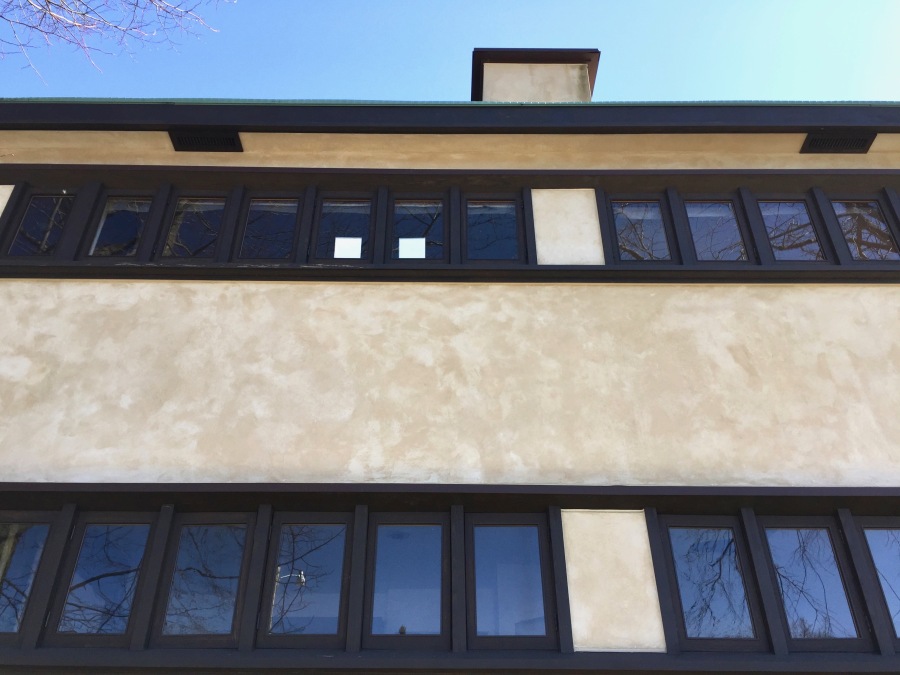 There are so many good resources on these topics! A few interesting reads:

Looking to visit? Head to Wright In Milwaukee

From Dwell: A Look at Frank Lloyd Wright’s Little-Known Prefabs (includes some floor plans for those interested!)

From 99% Invisible: Usonia the Beautiful